Made in 1996, the Bill Watkins Memorial Window at St Andrew’s Church, Timsbury, Hampshire,  was badly damaged when an electrical fire gutted the West part of the church in 2015. As I had made the window and had the original cartoon and cut-lines I was approached by  the parish and asked to  do the  reconstruction.

It was  a complex task taking several months. Some glass was undamaged, some  crazed by heat but I decided those pieces could be saved using special resin glues specifically designed for glass repair. Some areas needed complete renewal with newly cut and painted glass. 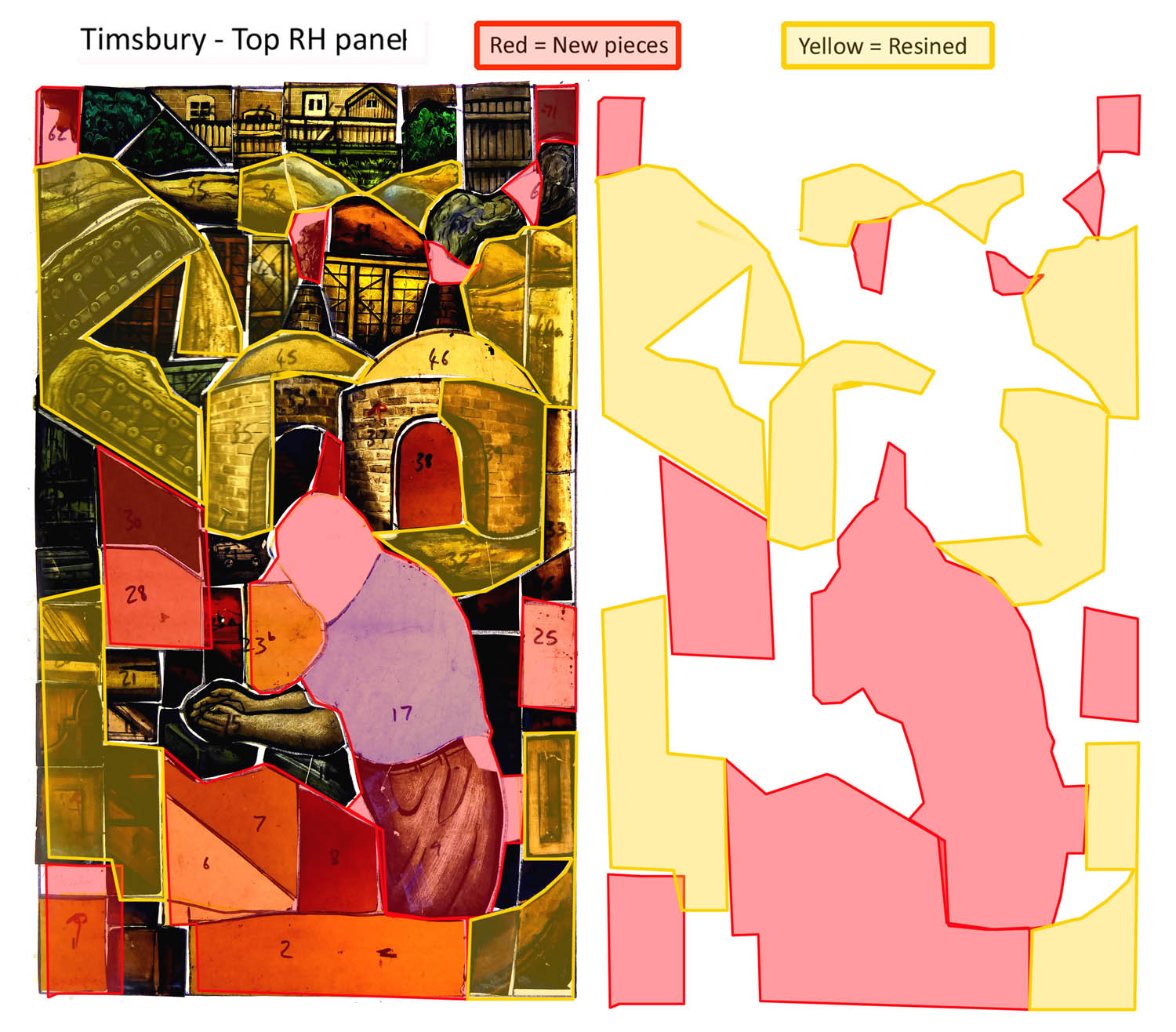 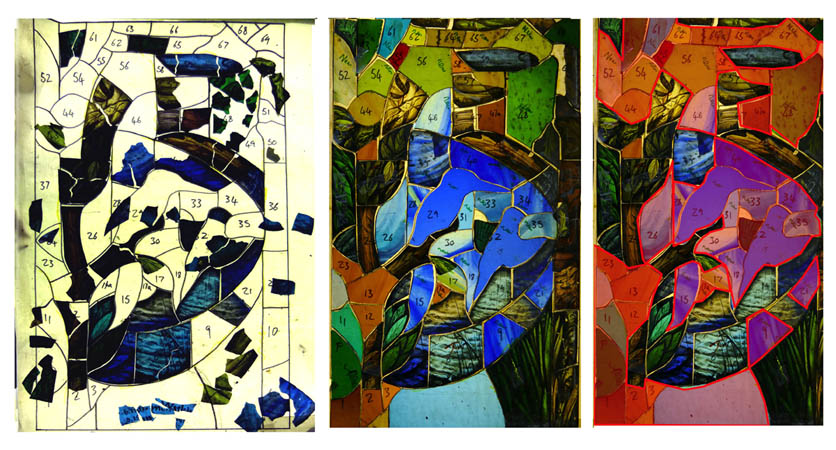 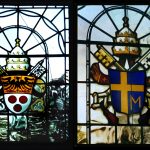 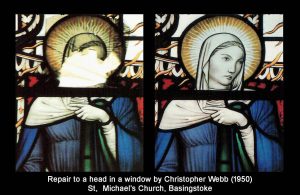 A repainted head of St Mary. 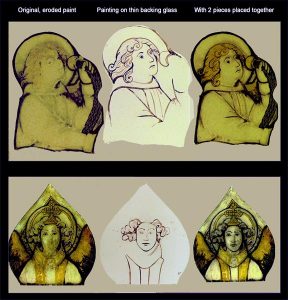 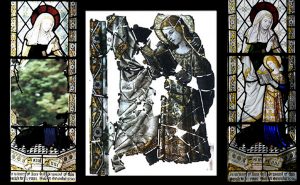