In 1997, a generous benefactor, a Miss Cruickshank, left the Diocese of Oxford a significant bequest to install a new stained glass window depicting the solar system. She wanted a window to inspire us to wonder, with the psalmist, “when I consider the heavens, the work of your fingers, the moon and the stars which you have set in their courses, what are mortals that you should be mindful of them?” (Ps 8). Parishes were invited to bid, and on the strength of the connection with the astronomer William Herschel, who in 1781 discovered the planet Uranus, St Laurence’s Parish was awarded the bequest.

In 1786, Herschel moved into Observatory House in Slough. St Laurence’s became his parish church until his death in 1822, aged 84, when he was buried in a vault just inside the chancel. Sadly, the demolition of Observatory House in 1962 left Slough with poor tributes to one of its most famous residents. The new window rectifies that situation and helps us to glimpse Herschel’s own vision of the infinite.

The Dedication of the new window was attended by the astronomer and TV presenter, Dr Heather Couper, who gave an illustrated talk about the significance of Herschels amazing discoveries. Among those also present on the occasion were descendant members of the Herschel family and a member of Miss Cruickshanks family.

Herschel was also a gifted composer and organist (it is said he helped inspire Haydn’s Creation). In recognition of this, the church organist, Mr Keith Bosley, performed, some of Herschel’s little-known but very enjoyable music for organ, at the Dedication 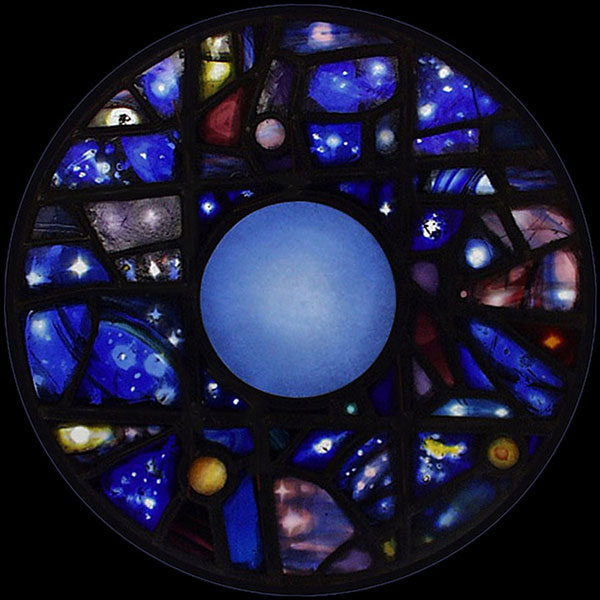 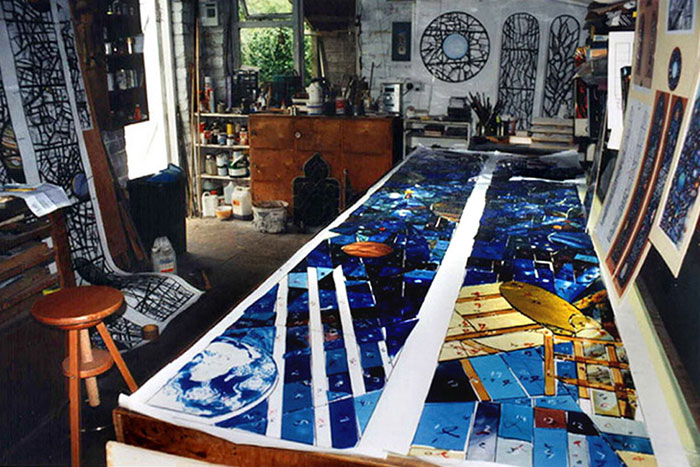